This Hand Engraved Sterling Belt Buckle is made, designed and hand-formed in Santa Fe by Douglas Magnus. Influenced by both European and American hand engraving techniques, Douglas Magnus creates such a seamless union between the two.

Sterling silver has always been a popular choice for jewelry because of the metal’s sparkling beauty and versatility. Since the dawn of civilization, men and women have been captivated by silver’s spell and splendor. Throughout the ages this mystical white metal has been used to mark historical milestones, celebrations, achievements and special occasions.

No one knows with certainty when the first silver gift was bestowed. But as early as 3,100 B.C., ambassadors from Crete were already bringing silver vases as gifts for Egyptian rulers. The metal’s popularity has even influenced our languages and customs. A silver spoon has symbolized great fortune and privilege since the 17th century when the Spanish writer Cervantes cleverly acknowledged that not everyone was born with one in his mouth. The tradition of the “silver anniversary” dates back to Germany where it was customary to present a silver wreath to a woman after 25 years of marriage.

A special gift of sterling silver is a touching and lasting expression of affection, friendship, celebration, congratulation or thanks. 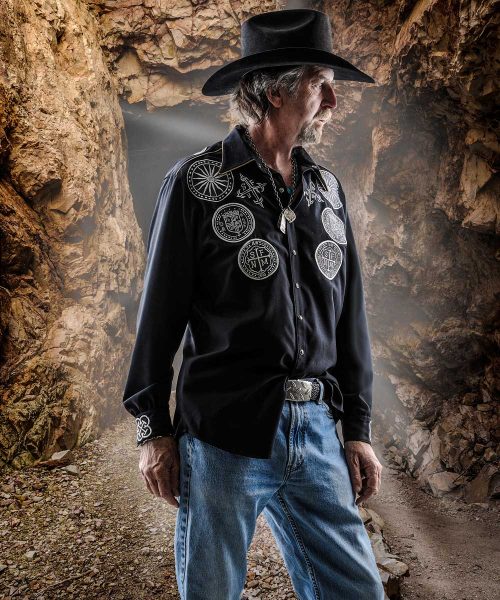 Douglas Magnus is a renowned Santa Fe jewelry maker and fashion accessory designer. He is known for his high grade turquoise items that often feature turquoise mined from Doug’s own mines, the Tiffany Cerrillos Mines, located 17 miles outside of Santa Fe. These are a series of mines that were originally worked by Native Americans from the Chaco Canyon area in New Mexico some thousand plus years ago.

Magnus uses the finest silver and gold stocks, and methods ranging from the most ancient to the most contemporary to create his pieces.

Magnus lives and works in Santa Fe, New Mexico, conceiving original designs and finished products from turquoise, silver, gold, and other materials. He is also a prolific painter, embracing numerous subjects such as interiors and figurative works, while partial to plein air paintings created on site at his mines.