The Sleeping Beauty Mine, located in Globe, Arizona, is no longer an active mine. For many years it produced a wide range of turquoise that is now even more highly prized for it’s solid soft blue color, with little or no matrix. The color of the turquoise ranges from a deep royal blue to a light sky blue. The mine originally was worked for copper and gold but during the last five decades or so it has produced gemstone quality turquoise in quantities to satisfy the commercial market. In general, the miners lease portions of the “dumps” and sort turquoise from there.There is a small town in south central Italy, near Naples, famous for its cameos. Their needs for huge quantities of this material over the years have always kept the supply down and demand high. The clear blue is reminiscent of old Persian turquoise, and is without doubt the most preferred and prized by Europeans, both for cameos as well as in bead or jewelry form.There is a sister mine nearby, called the Bluebird, that produces some of the world’s most beautiful azurite. This material is a copper oxide and also contains malachite, crysacolla as well as a mineralized copper or cuprite. This is a rare and undervalued gem stone that has all but disappeared from the marketplace.

The origin of the Old Fox mine is near Lander County, Nevada. While indigenous people found large nuggets in this area in prehistoric times, the area was first discovered for contemporary mining purposes in the early 1900’s. In the 1940’s, Dowell Ward purchased & developed the old Cortez claims. Turquoise from this mine comes under several different names including Fox, White Horse, Green Tree and Smith, to differentiate the different deposits and colors and to create a larger perceived share of the turquoise market. Color range is from a soft sky blues, sometimes with a subtle water-marked matrix, to blue-green to green. While quite a bit of this material came out in nugget form, there is also large seam material, sometimes as thick as two inches. The colors in the seam material go to a deeper green, sometimes in conjunction with a very nice blue. The nugget material, while usually small, makes very nice cabs or can be used for inlay. The seam material, often not of ultra high quality, is better suited for carving and, with the better quality for cabbing. Hardness is 4.5. 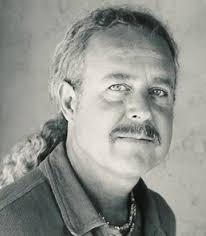