Multi-Stone Heart Charm Necklace handmade by Artie Yellowhorse and her daughters. This necklace features turquoise, lapis, spiny oyster and onyx set in sterling silver. The hearts range in size from 1/2″  around to 1″ around on a large link chain of sterling silver. The larger hearts have a design on the back of the heart as well. The necklace measures 16-18″ in length.

Kingman Turquoise originates in the Mineral Park Mining District near Kingman, Arizona. One of the largest domestic turquoise mines, it is found in a large open pit copper mine in the high desert country. The Kingman Mine district was first mined by Native Americans; it was part of the most extensive prehistoric workings in Arizona.However, modern production of turquoise dates back to the 1880’s when James Haas rediscovered the area. Natural Kingman Turquoise ranges in color from light to very dark blue and sometimes tints of green. Matrix can range from white, light brown to black and frequently flecked with pyrite and occasionally quartz. The most famous stones from this mine are rounded bright blue nuggets with black matrix. Few turquoise mines produced nuggets, especially of this quality. In its high-grade form it has always been considered among the top quality American turquoise. This high blue color has become a “color standard” in the industry, reflected by the name “Kingman Blue”. However, much of the turquoise from Kingman occurs as seams, masses and veins, rather then in nugget form. Besides the nugget form, the most desirable Kingman turquoise is a deep blue with molybdenum pyrite; also, deep blue with pyrite as well as in a “bird’s eye” pattern with “water web” matrix.The mine is currently owned & Operated by the Colbaugh family’s company, Colbaugh Processing. While old natural Kingman turquoise is rare, they have recently gone back into older sections of the Kingman mine and are bringing out some new natural Kingman Turquoise. Although there are quantities of this fine natural deep blue turquoise available, the largest percentage of turquoise mined at Kingman is being treated or stabilized. There are several other names for the turquoise coming out of the Kingman mining district: Ithaca Peak, Old Man Mine, Kingman Duval, Courtland, The Wall and Turquoise Mountain, just to mention a few

Lapis is a deep blue metamorphic rock used as a semi-precious stone that has been prized since antiquity for its intense color. As early as the 7th millennium BC, lapis lazuli was mined in the Sar-i Sang mines, in Shortugai, and in other mines in Badakhshan province in northeast Afghanistan. Lapis was highly valued by the Indus Valley Civilisation (3300–1900 BC). Lapis beads have been found at Neolithic burials in Mehrgarh, the Caucasus, and even as far from Afghanistan as Mauritania. It was used in the funeral mask of Tutankhamun (1341–1323 BC).

At the end of the Middle Ages, lapis lazuli began to be exported to Europe, where it was ground into powder and made into ultramarine, the finest and most expensive of all blue pigments. It was used by some of the most important artists of the Renaissance and Baroque, including Masaccio, Perugino, Titian and Vermeer, and was often reserved for the clothing of the central figures of their paintings, especially the Virgin Mary.

Today, mines in northeast Afghanistan are still the major source of lapis lazuli. Important amounts are also produced from mines west of Lake Baikal in Russia, and in the Andes mountains in Chile. Smaller quantities are mined in Italy, Mongolia, the United States, and Canada

The material called, “Spiny Oyster,” used by Native American artists to make inlays in fine jewelry, comes from the shell of the bivalve mollusk, Spondylus varius. The genus’ scientific name, “Spondylus,” means “spines on its back.” Aside from its scientific name, it’s also known as Thorny Oyster, Spiny Oyster, Spondylus, and Spondylid.S4 The bivalve mollusks include the clams, oysters, cockles, mussels, and scallops and include both saltwater and freshwater species. Like many other bivalve mollusks, the soft, meaty interior of Spondylus is edible, so the Spiny Oyster’s valued for its hard, outer shell as well as its interior meat. Despite its name, the Spiny Oyster’s much more closely related to the scallop than to the true oyster 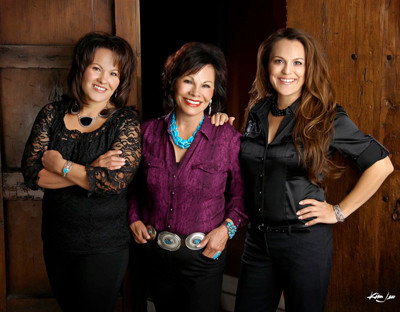 Families have been known to bond in many ways. For the Yellowhorse family, fine jewelry design is the common denominator. The influences of the Navajo culture are readily apparent in this beautiful, wearable art, which evolved from generations of artistic talent. Artie Yellowhorse resides in Albuquerque, New Mexico. Her daughters Desiree and Lei Lani are involved in the creation and design of Artie’s jewelry.

Desiree has become an accomplished jewelry designer and is well known for her exquisite, one-of-a-kind “Tahy” necklaces, named in honor of her Grandmother. Anna Tahy. Lei Lani specializes in making handmade silver beads, and works with Artie in marketing and public relations.