Campitos Turquoise come from the mountainous area outside of Cananea, Sonora, Mexico. The Campitos mine has been in production since the 1980s. Campitos Turquoise was mined extensively in ancient times, with evidence of trade with Native American peoples. The Toltecs and Aztecs left much evidence of the importance of turquoise to these cultures.Campitos is unique in several ways. It grows in clay as free-form nuggets, rather than as veins which is typical of many North American turquoises. Its color is said to most closely resemble Sleeping Beauty Turquoise, and ranges from a light to medium blue, occasionally with pyrite inclusions, giving it a bit of sparkle. A lovely, hard stone with beautiful color, Campitos is a favorite for jewelry artisans. Campito in Spanish is a derivative of the word “campo”, meaning “field” or “countryside”. 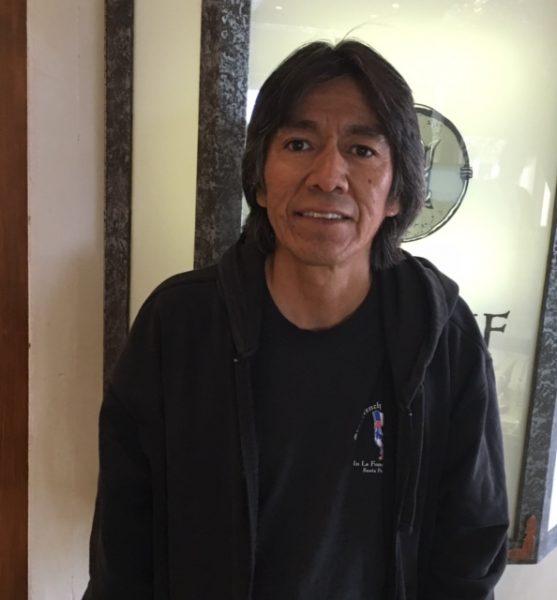 Native American jewelry artist Lambert Eustace was born July 1960 in Albuquerque. His father is Zuni and his mother, Felcita Eustace, is Cochiti.

Eustace was influenced mostly by his parents, who were known for their carvings as well as for their jewelry-making. He admired their long hours of work and dedication to their craft, traits he has tried to emulate.

A deeply spiritual man, his inspiration comes from his religious beliefs and he uses many religious symbols in his designs.

Working with both silver and gold, Eustace is known for his handmade chains and bolo ties and belt buckles made of silver, coral and turquoise.

Each shape has special meaning to him, which Eustace believes brings good luck for the new owner.